Turning up to Hawthorn High School at 9:30am on a Sunday
morning to see half of the team waiting to start playing hockey is a sight not
many see. Keen and enthusiastic is what came to mind. The girls started the
tournament very well with a 3-1 win over Brecon. The crowd went wild after
every goal was scored and the celebrations were awesome after gaining the 1st
win of the season.

Two tough games followed as Cardiff and Met Under 11 Girls came
up against Gwent A + B. A strong outfit of players from Gwent were just too
strong for the Cardiff girls, however, there were signs of improvement as
Cardiff got a goal back but the comeback was too late and the final whistle was
blown. Next up, Rhondda. Cardiff started brightly moving the ball around nicely
until a quick counter attack ended up in a goal for Rhondda. The 2nd
half was the same as the first, with Rhondda knocking on the door of the
Cardiff and Met goal, but some fine shot stopping keep them in the game. A last-minute
counter attack from Cardiff and Met saw them score just before the whistle went
for full time. Delight from the Cardiff and Met coach meant high 5’s all round
for an incredible performance from the girls.

The final game was against Llan
and Llan. Cardiff and Met started brightly with an early goal, and kept on
applying pressure as shots were being loaded onto the opposition goalkeeper
thick and fast. The Llan and Llan goalkeeper made some wonderful saves to keep
them in the game but eventually Cardiff and Met scored again. One more goal in
the second half saw Cardiff and Met U11 Girls win their last game 3-0. Great
first tournament of the season. Lots of goals, lots of happy faces and a lot of
tired legs. 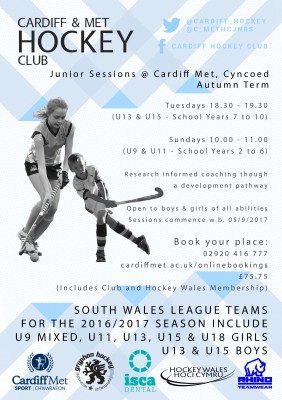