On Saturday night the club celebrated one of its favoured
sons reaching his 40th Season with the Club.

Steve Way follows a very select group of players who are still playing for Cardiff & Met after 40 seasons. The celebration was attended by Steve’s family and friends from across the hockey World. Friends who have represented Wales with Steve, to those from other Clubs, who have played against Steve over the years. A big thank you to all those who attended from Bridgend, Llanishen & Llandaff and Swansea.

Steve is a hugely popular, committed, tough competitor, who lives and breathes big matches with local rivals. A pleasure and a privilege to captain over the years, here’s to the next forty seasons! 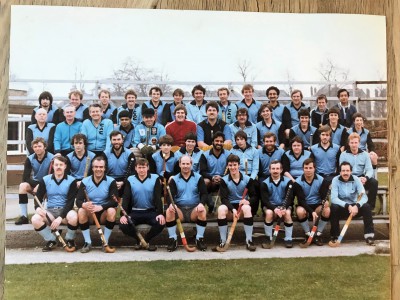 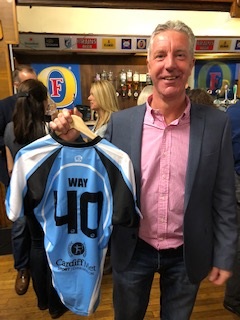 Steve Way in his 40th Season at Cardiff & Met HC.