Ioan Wall, who captained the Welsh side, was joined by
club-mates Ollie Wheeler, James Palmer, Tom Wood, Fergus Stevens, Will Riley
& Rhys Payne in achieving selection for the tournament, where they faced
strong competition from a number of specialist indoor countries.

Wales started the tournament strongly, racing into a 6-2
lead at half-time in their opening match against Denmark, with 4 goals for Ioan
Wall and one apiece for Will Riley & Tom Wood. However, they were unable to
hold onto the lead, with Denmark coming back strongly in the second half to
snatch a 6-6 draw with a last-minute equaliser. In the evening match, Wales
came up against a strong Czech Republic side and despite some good resistance, they
suffered a 7-0 defeat to the eventual tournament winners.

Wales began Day 2 of the competition with a narrow 2-1
defeat against Sweden. Ollie Wheeler had opened the scoring for the Welsh side,
before Sweden snatched a late victory with a late winner in the final minute. In
the evening match, Wales were unfortunate to suffer another 1-goal defeat, this
time 5-4 to Ukraine after a brace from Wheeler and a first-half strike from
Ioan Wall.

The final day of the tournament began with Wales taking on
Slovakia. An even game with few chances meant that Wales were 3-2 in arrears
going into the final few minutes, but after reverting to a kicking back they
looked to have snatched a draw thanks to a 40th minute equaliser
from Tom Wood. Unfortunately, it wasn’t to be as Slovakia scored straight from
push back to snatch a 4-3 win.

A 5-2 defeat against the hosts Portugal in the final match
capped off a tough tournament for the Welsh boys.

Some strong performances from the Cardiff & Met players
ensured the campaign was a valuable experience as they return to league action
with the club, whilst aiming to progress up the Welsh hockey performance
ladder. Captain Ioan Wall led the way as Wales’ top goal scorer, finishing the
trip with 5 goals.

“I felt that we progressed well through out the
tournament and we really enjoyed being at the indoor tournament it has different buzz
from outdoor. We could of done a lot better than we did, but hopefully we can use this is a platform with one eye on the U21s outdoor competition in the summer.”

“I have been playing hockey at Cardiff & Met for 5 years, which has helped me
a lot with hockey as I’m playing with top quality players. There is also a really good
feeling throughout the entire club. This is definitely a good thing for young
players with aspirations to play hockey in the National League, in Europe and for Wales in the future.”

“I am really enjoying being in goal at the moment, and keep working hard to find ways to improve, while enjoying training and matches. My top tip for other young goalkeeper’s out there, would be not to put too much pressure on yourself, enjoy the opportunity to play and just do your best.”

Beth Wood also represented Wales U21 ladies in Croatia this past weekend. After her recent hockey Writers Award, there is no doubt that Beth will take great confidence into that tournament.

Congratulations to all who contributed to Cardiff & Met’s representation for Wales on the European Indoor stage. We look forward to following your progress through future Club, European and international competition. 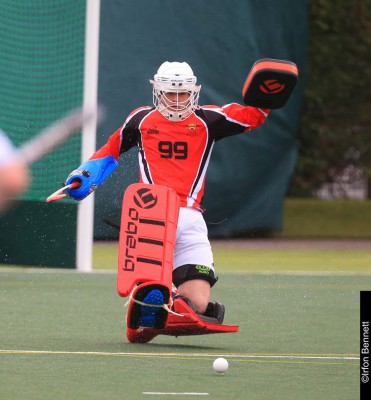 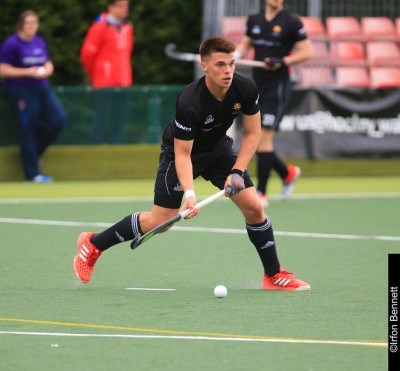 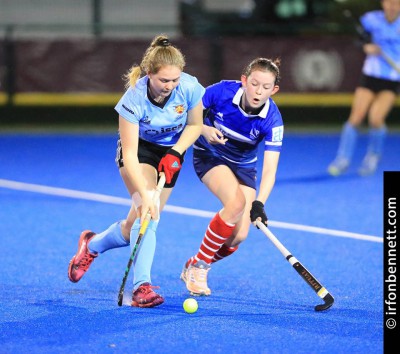